Self-Driving Farm Robot Kills 100,000 Weeds an Hour Using Lasers, Offering an Alternative for the Use of Toxic Herbicides 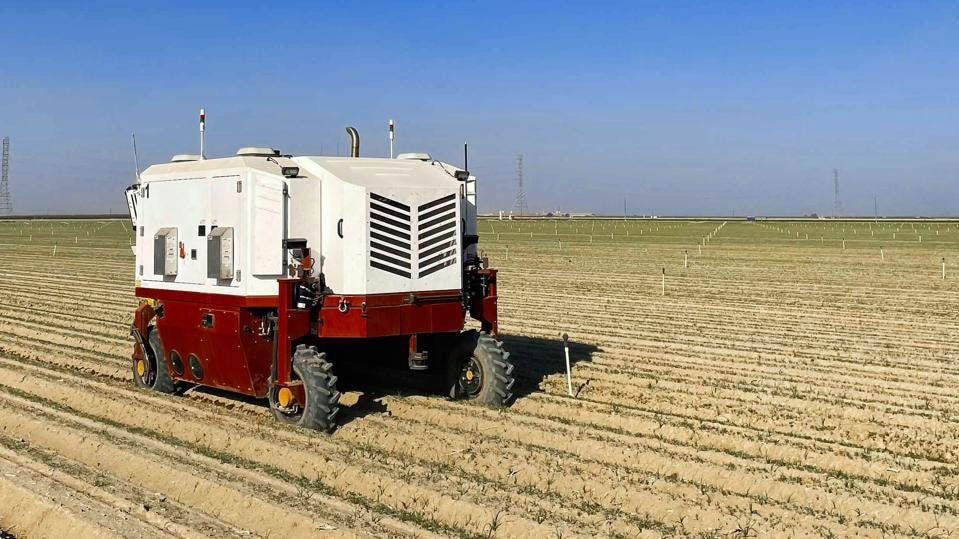 Self-Driving Farm Robot Kills 100,000 Weeds an Hour Using Lasers, Offering an Alternative for the Use of Toxic Herbicides

There has been a 40% drop in crops’ nutrient content over the last two decades, According to Paul Mikesell (founder of carbon robotics), and the soil health has also been deteriorating due to the increasing herbicide use. Farmers are more and more worried about the troublesome long-term health impacts of consistent spraying of chemicals on their fields.

Not weeding, however, will cost you half of your crops and yield, hence reducing your profits. Then what’s the solution?

A self-driving farm robot that uses laser instead of herbicides to kill 100,000 weeds an hour.

As Mikesell mentioned in a recent episode of the TechFirst podcast, they’ve been always looking for a better way to deal with this issue. After a relatively short while they’ve came to the idea of using high-powered energy systems- lasers which are basically a way to deliver targeted energy- to deal with this matter. And they’ve done this using computer vision and deep learning which allows them to identify weeds from crops and get rid of them.

As well as the importance of low food quality and poor farmer health, soil health can also be an existential problem: richest and most modern countries will fall if they’re not able to produce food.
As the American society for the Horticultural Science states, there are evidences that approve the drop of nutrients in fruits and vegetables available in the United Kingdom and United States and the crops that had been available decades ago were much richer in minerals and vitamins than what most us have today.
As there are herbicide-resistant varieties among weeds, killing and getting rid of them is actually getting harder and companies are forced to manufacture and reformulate ever-more-potent chemicals. Besides it negatively impacting soil health, it also impacts farmer health- rumors has it that chemicals like glyphosate can contribute to the chance of getting cancer and paraquat leads to Parkinson.

Mikesell mentioned that When we strip out a large amount of essential micro bacteria which is in the ground, we are interfering with the process in which the stuff in the ground are composting and it’s causing some other issues with soil health as well.

Besides human labor which is not doable on massive scales, application of herbicides was the only available option until the Carbon Robotics’ Laserweeder appeared. This weed killing machine drives at a speed of 5 miles/hour and can clear 15-20 acres in a day. It weighs almost 10,000 pounds and owns 8 independently aiming 150-watt lasers firing at a rate of 20 times per second that are typically used for cutting metal pieces. These lasers are guided by 12 high-resolution cameras that are connected to AI systems which differentiate crops from weeds. The Laserdrive uses computer vision to drive itself, find the furrows in the field, uses GPS to position itself and uses LIDAR to search and prevent Collision with obstacles.

It’s also able to recognize weeds from crops even after farmers do rotations. Meaning if a farmer had onions on his field then carrots would be considered weeds and had to be destroyed. Although in the next season if he did carrots instead, then onions would be weeds and Laserweeder is able to do that.

While the machine is self-driving, it still requires farmer interference if it is to travel in between fields or to do anything complicated, since Carbon Robotics’ is struggling on the side of safety. A geofence can be set with GPS coordinates beyond which the robot won’t travel. 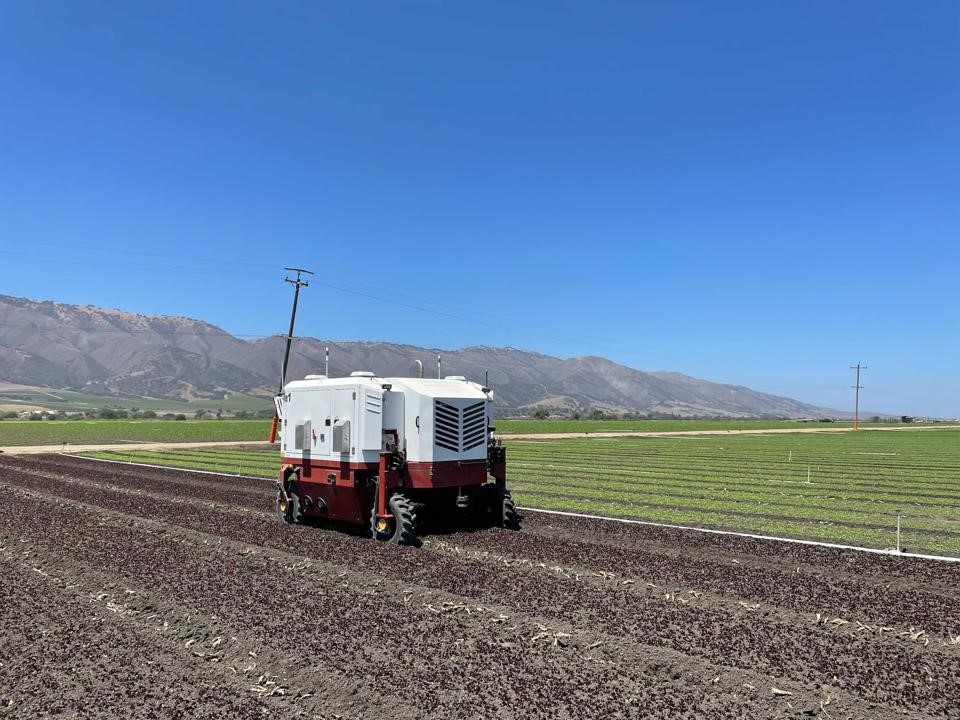 The machine won’t have any issues working at night. The high-powered lights that illuminate the crop bed, the cameras can see the plants completely and computer systems can distinguish them clearly. It can also work in any weather conditions with no problems.

Carbon Robotics is just completing its prototype phase and moving into the commercialization stage. With a $27 million investment raised, they will be kicking off a marketing machine as they invest their budget into growing sales, engineering, and support.

The ultimate proof, as all the new technology, will be in the few coming years as farmers increasingly adopt this technology and stress test it. An economic incentive to find new weed control ways exists, in addition to soil and farmer health, and it’s that herbicides are expensive.

Mikesell believes it is just the beginning and farms will be much more automated in the future.